Major labels function with the assumption that 90 percent of artists they sign are going to fail — that should have been a red flag for everybody. I mean that’s a bizarre business model in any arena. But particularly in the cultural arena, the idea that the system through which culture is transmitted is dictated entirely by profit should concern us, because that’s going to narrow the types of culture that are transmitted. And then, on top of that, the alternative venues of distribution are stuck in the shadows of these major labels. So it’s not like there’s a viable alternative, necessarily, for artists who don’t fit into this very narrow range that can become the 10 percent that are profitable and popular. 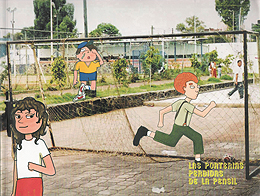